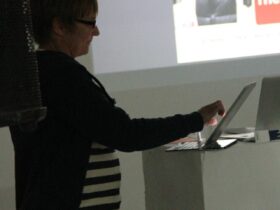 One point of view on the Kosovo contemporary art

Similar to Macedonia, Kosovo is still going through a period of transition, prolonged, protracted and unproductive. The general stagnation sets the common man on an unknown road, on a crossroad between the old and the new, the first long expired whose reminiscences are felt in the psyche, the tradition, the beliefs, the traces of war and divisions, and the new, modern and contemporary to which they aim, and which is so close, and yet so unreachable and distant. This aspect, as well as the general social and political existence, has a large impact on the development of art and on the conceptual-discursive languages with which the artists express themselves. The isolation from the everyday life is almost impossible, the only way to avoid this plea is by ignoring it and escaping from it, but that too is some kind of reaction.Varg e Vi is a multimedia artistic group from Gnjilane, Kosovo, comprised of seven artists, who express themselves in a variety of artistic disciplines, i.e. visual artists, performing artists, musicians, writers. This wide spectrum of creative expression is an advantage for the whole group and the contents of their presentations, because it is an intellectual animation of most of the senses and feelings. The current everyday life also concerns these authors, and they include it in their installations, acting, performances, music, poetry.Varg e Vi is one of the possible options – a platform for monitoring the development of conceptual art in post-transitional Kosovo and their works in themselves include all reminiscences from the transition in political, cultural, identifiable sense. The second part of the title of the project Post-transitional relevance: a mix of several dinner parties is due to the synonym of diversity, multimedia methods, contextuality, and certainly in itself it contains the ambiguous manipulative message “something is simmering“ or “something is cooking“, coined phrases also used in the determination of political moves. Jeton Muja in his spatial installation “In Search of a new Space” performs a transforming investigation, in which through contrast geometric wall compositions he exhibits “nothing”, emphasizes the traces of the former spaces organized in some manner, opposite to the new solutions that are variations on theme and principle transition, changing the background while the essence remains the same. Avni Shkodra with the performance and the exhibition of photographs from his theatrical performances, a project titled “Classic or Technological” treats the clasp of classic theatre as his basic profession and an aspect of performance in which the new technologies occupy the primacy and in which the personal position is per se. Shkodra puts fluorescent spray on his body, the one used to mark us during political elections and his movements are visible only under fluorescent light. The aspect of marking as a concept is the one that is dominant and that is now placed in an artistic sense. “Fuck the Transition” is the performance of Din Azizi. He is dressed in formal attire, like a king and writes the word transition, after which he takes a stick and starts hitting it. After the act of performing, which has a direct and tête-à-tête significance remains only a trace of the action, that is the lexical inscription “transition” and the stick as a judge. Avni Rudaku is a poet, essayist, critic. Often present in his poetry is the everyday life and the current socio-political events, both locally and in the world. For a more visual display of his poetic engagement, a segment of poetry “Larger” has been chosen, which with the language of linguistic conceptualism is spread in space as an interesting spatial installation which has messages with metaphoric meaning, but also a certain graphic pattern. The installation itself is entitled “Fixation in Size.”Artan Hajrullahu is the only one being presented with a classic medium – drawing. With tendentious infantilism and a childish approach, as well as with a very basic material (eco-paper and color pencil) he presents Kosovo’s daily life in a witty way, the part connected with tradition, customs and identity. The mild irony is the one conceptualizing the work and integrating it in the discursive set of pieces dealing with the problematic globalization and the slow integration and modernization.Kushtrim Zeqiri’s video “UFO Records my Drawings” is a video that tendentiously plays on a thin line between the clasp of primitive video and drawing – which is another medium of expression of the multimedia author Zeqiri. The deliberate naivety and unsophistication in the expression give him wit and metaphoric meaning, which again alludes to the present and the conditions, the ignorance and the ease of manipulation of the masses.Besim Baftiu is a musician who, like the other artists, draws his inspiration from the situations today which are a perfect / imperfect mix of old and new. His musical piece “Peter Pan” is filled with juices of new electronic music with a dynamic rhythm, but also present and unavoidable are often unrecognizable ethno elements as recurrences of tradition. The title itself is a symbolism for transition, the desire to move from child to adult and back again – as an eternal child searching for everything or something … for Neverland.By presenting this exhibition of the Varg e Vi group we are trying to make a recourse in the development of Kosovo’s young contemporary art, which unfortunately, although created in the immediate vicinity, is still very little known to us. This kind of presentation provides numerous opportunities for comparison of the developmental paths of art in both neighboring countries, while opening new platforms for cooperation and new knowledge.

Find Us on Social 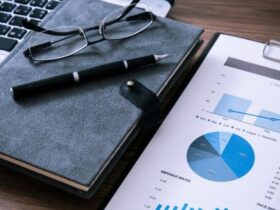 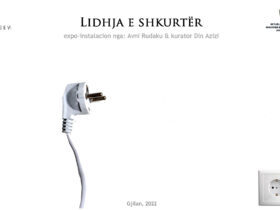 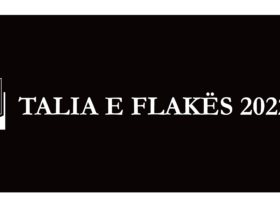 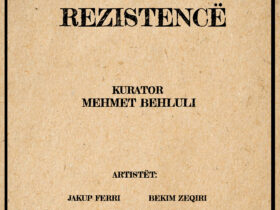 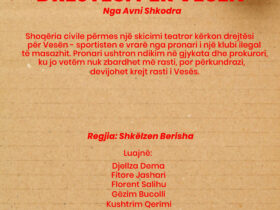